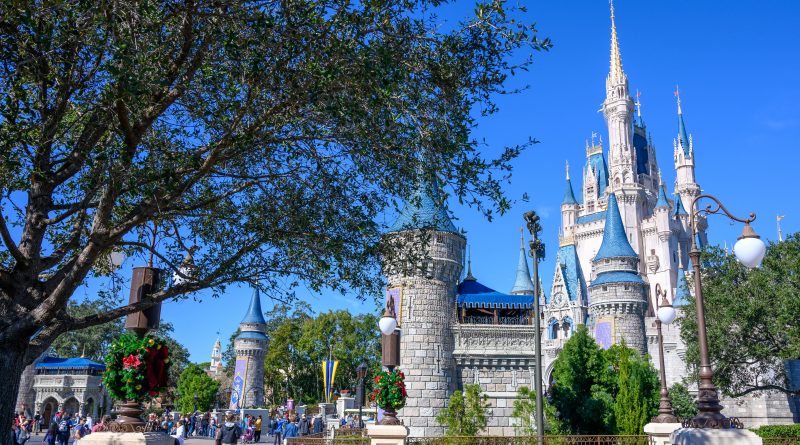 This article was originally published in July 2020. I’ve updated it with some new observations and I’m re-publishing this post to celebrate my 23rd year in Orlando (April 1, 2021).

The first (and biggest) adjustment for me was wrapping my head around the fact that Orlando was no longer ‘vacation’. I’d only ever known this place as an escape. An escape from stress, work, and New Jersey. Now it was home. The stress and the work follow you (thankfully, New Jersey didn’t). However, Disney still serves as my escape – only now it doesn’t require 6 months of planning, strategic packing, and airports. Now, I can just hop in my car and go whenever the mood moves me.

Yes, other things required adjusting as well. Bugs are a big deal here because of the climate, but you’ll find a good exterminator and before long the two of you will be on a first-name basis (Hi Raul). The weather here can turn on you without warning. Going from ‘sunny and 70’ to ‘crap, we pissed off God’ in the span of 15 minutes isn’t hyperbole.

There are also the expenses that come along with living here that may not be common in other places. Pool maintenance for one. If your home has a pool, it’s going to have to be maintained. The speed with which a pool will go from ‘Caribbean clear’ to “Creature from the Black Lagoon” will amaze you. Also, pools require pumps, and pool pumps add to your electric bill. So does air conditioning. If you’re like me, and really have to have the house around 72 when it’s 95 outside – then you need to be okay with $400 a month electric bills.

Another expense tied to moving to Orlando is landscaping. I kill any plant I touch, so a good landscaper is a must for me. With some HoA’s, the cost of landscaping is included, but in many cases, you’ll need to find your own. You would think that given the fact that Florida is a state with warm weather year-round, that there would be an abundance of good landscapers available. Unfortunately, my experience has been just the opposite. Landscapers tend to be – ‘transient’ for lack of a better word. If you find a good one, hold on to them for dear life.

On the other hand, there are lots of positives that were much easier to adjust to. I remember the 2nd day here after I moved, I drove over to Disney property. As I passed under the arches it really hit me – I live here now. For a Disney fan, that’s a pretty prolific moment. After years of Orlando being an obsessive vacation destination, suddenly it’s woven into the fabric of my life. I can tell you, 23 years later, I still feel that.

However, this past year I’ve found a new appreciation for Orlando’s other theme parks, Sea World and Universal Orlando. In fact – a lot of locals are ‘rediscovering’ these parks – in part because they still offer annual passes for sale. Even locals who never give a second thought to theme parks are reconsidering after a year of lockdowns. They want to get out of the house and ‘do something’ fun, and well – you live near theme parks so the story kinda writes itself.

Coming from New Jersey, another thing I really appreciated about moving to Orlando was the pace was a bit slower and people were a bit friendlier. I never realized how stressful the pace of life for me in New Jersey was until I’d been here for a few months. I remember my first time interacting with a toll-taker on the expressway here. She politely handed me my change, smiled, and wished me a good day. It doesn’t sound particularly eventful unless you’ve dealt with their counterparts on the Garden State Parkway. I would have been happy if she didn’t throw the change at me. The smile and well wishes were just gravy.

But probably the biggest thing I’ve learned since moving here is how it has changed my relationship with Disney. What was once an annual or bi-annual pilgrimage to nerd mecca was now a part of my daily life. There was no more stressing over ADR’s months in advance. No more waiting months to experience the newest ride, show, attraction, hotel, or restaurant. If Disney World improved my mood and quality of life as a vacation destination, those things became even more pronounced when it was a short drive away. I’ve said this 1000 times and I’ll say it again – being able to pick up one evening and pop over to Epcot for a nice dinner never EVER gets old. Yes, of course, the stress and challenges of everyday life will follow you regardless of where you live, but as a Disney fan, there’s no place I’d rather be.

If you’re interested in moving to the Central Florida area, be sure to reach out to us. Send an email to admin@movingtoorlando.com, or fill out our CONTACT FORM and someone will get back to you shortly.

22 thoughts on “I moved to Orlando 23 years ago. Here’s what I’ve learned -Updated”