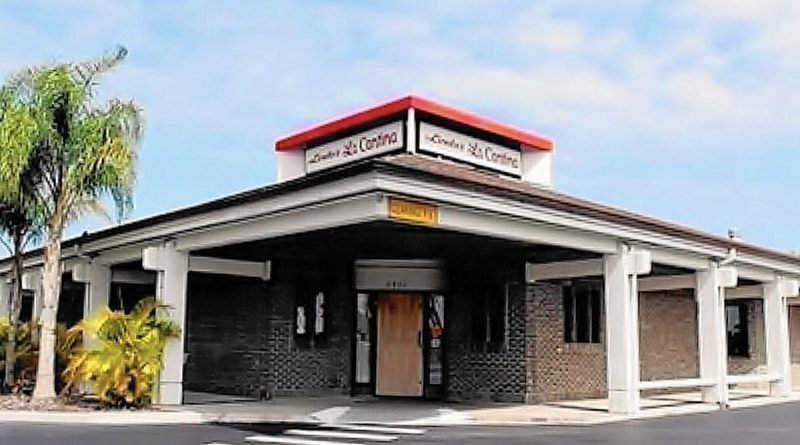 Linda’s La Cantina is arguably my favorite restaurant in Orlando.  Located on Colonial Drive outside downtown Orlando, this is definitely not in the tourist corridor.  I drove past this restaurant for years thinking it was a Mexican restaurant, only to be told by a friend that it’s an amazing steakhouse.

Linda’s first opened in 1947 making it the oldest restaurant in central Florida although ownership has changed a few times since then.  I was surprised to learn that the current building was built in 1995 after a fire destroyed the previous one.  I’m surprised, because when you step foot in Linda’s you feel transported back to the 1970’s.  The décor is dated to say the least.  But you’re not there for the décor or the service (which can range from good to disinterested) – you’re there for the steak.

I should mention a few other things about Linda’s before I get to the menu.  The clientele here tends to skew older (not that it’s a problem per se), and the restaurant is usually filled to capacity by 7 pm.  Reservations are STRONGLY recommended unless you’re showing up at 5:30 pm (but on Friday and Saturday, I wouldn’t recommend going without a reservation).  This restaurant gets crowded and loud.  If you’re looking for a quiet, intimate dinner this isn’t the place.

On the plus side, one of the things I like about this restaurant is that it is devoid of pretense.  It doesn’t try to be more than it is.  The restaurant focuses on one thing and does it very well – steak.  That’s not to say that other items on the menu aren’t good.  For an appetizer, the bourbon bites will invoke a desire to keep eating them as though they’d been sprinkled with crack.  The spaghetti and red sauce side dish is much better than it deserves to be, and I highly recommend the house salad with a mix of the blue cheese and Italian dressing (again, I don’t have proof, but I’m pretty sure there’s crack somewhere in that as well).  I’ve eaten at this restaurant at least 50 times and never once have I had to send anything back.  That says a lot.

Locals who don’t frequent Disney World consider the steak here expensive. As of this writing, an 18oz NY Strip is $37.  Disney fans will understand the contrast I’m making here.  A good NY strip at any signature Disney location will set you back at least $55.  One of the nice aspects of being a local is the ability to seek out restaurants and locations that don’t necessarily fit into the mold of a vacation.  Linda’s is one such find that I highly recommend.