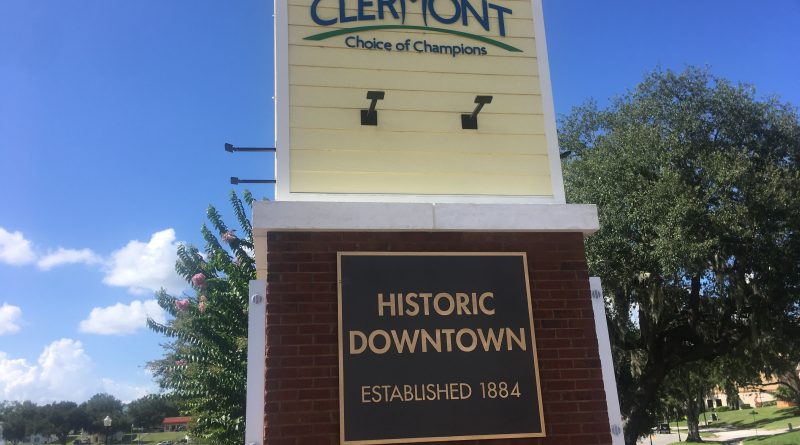 Ruben Colon is a Realtor® with Moving to Orlando. If you have questions about the Clermont area or would like to reach out to Ruben for help in finding a home, you can reach him at ruben@movingtoorlando.com

17 Years…. That’s over half of my life I spent living in Clermont. I’m a unique Florida resident for the fact that I was born, raised, and rarely left the state of Florida. Florida is my home and I’m proud to say I spent my entire life here. In the first 10-11 years of my life, I was constantly moving. My family never settled down in the same place for more than a single year. I can’t count the number of different schools I attended before middle school. I was always the new kid in class and I always had to work hard to make new friends.

It wasn’t my family’s fault though. They were just doing their best to provide for us by finding a good area while still being able to afford the bills. My family didn’t have much growing up, but they always wanted to make sure that we were happy and safe. So of course, we sometimes lived in bad areas because of budget, but then we would move to find a better area only to struggle because of money. In a way, it was like shopping for a car. You keep test driving all these cars to make sure it drives the way you want it before finally finding that beautiful car that is both safe and affordable. I was 12 years old when we first moved to Clermont and only a year after renting my family bought a house here.

One of the fears of living in central Florida and being so close to Disney is the tourist traffic. Anyone that has been on I-4 as the parks open or close knows exactly what I’m talking about. It’s a living nightmare. You’ll never appreciate backroads more after dealing with that. However, that’s one of the most exciting perks living in Clermont brings to its residents. You’re just far enough away to avoid that mess of traffic while still being in range of the most magical place on Earth!

Of course, you’ll want to go to Disney though, right? Well have no fear, the number of backroads that lead you to Disney is unbelievable. I’ve lived in Clermont my entire life, and I’m still finding new ways to get to one of the parks following different roads just to avoid that dreadful tourist traffic. In a way, its sort of like following a treasure map. On the map, you see all these paths, and you’re trying to avoid the dangers along the way (aka traffic) and at the end of it is your very own treasure chest (Disney)!

Obviously just living close to Disney doesn’t make Clermont the “Choice of Champions.” There are plenty of other towns closer to Disney that avoids the traffic. What makes Clermont stand out a little more is its history and proof that this community is constantly improving and growing.

Clermont started out as nothing basically. I mean a few homes and orange groves were all that Clermont had to offer. Well, that, and Citrus Tower. Citrus Tower is a 226-foot tower overlooking Clermont that was built back in 1956. Honestly, back then and for a long time after there wasn’t too much to look at while standing at the top of this tower other than citrus hence its name. Yet, this is the shining beginning of Clermont. Imagine Citrus Tower being the “Big Bang” that created the Clermont we see today. While in the past, all you saw atop this magnificent tower was trees and groves, today you’ll see everything that Clermont has achieved. The history of Clermont from its humble beginnings to its consistent growing future is exactly what makes living here exciting.

As I stated earlier about my past, finding the balance between budget and safety was the biggest reason why my family moved so much before finding Clermont. As a kid, I even began to believe that it was impossible to find that balance until we found Clermont. I truly believe Clermont is that balance.

Clermont has become a huge retirement area for its peaceful atmosphere that surrounds the area and has even become a profitable business for short term rentals in the area. Clermont, while still growing and expanding, has always been a peaceful, quiet area. The peaceful and calm nature of this community draws in families to raise and build their lives here. My girlfriend moved down here from Delaware. She works in the school district and after coming here for just a few short months she knew instantly that she wanted to raise our future kids here attending these very schools.

Clermont is built for families. It’s quiet and it’s just out of reach of all the excitement from tourists experiencing the parks and attractions, but just in range of heading over there any time you please. You no longer must travel 30-60 minutes out of your way to go see a movie, because Clermont Landing brought its very own movie theater and shopping centers nearby. There are so many options with food, rather you’re interested in those family dinners or interested in bigger corporations like Olive Garden or Red Lobster.

Clermont offers just about everything you can imagine without sacrificing much. It’s a beautiful, peaceful, and expanding area that I’m proud to say I have spent most of my life living here. New schools are constantly being built and more homes and subdivisions are under construction for the high demand of living in such an affordable peaceful community. I can’t say enough about how honored I am to have been here and watch this community grow. I hope you would all consider what Clermont has to offer, and even though it may not be in Disney’s Backyard, we’re certainly in the neighborhood. Living in Clermont has truly made me feel like a champion. After all, Clermont is truly the “Choice of Champions.”