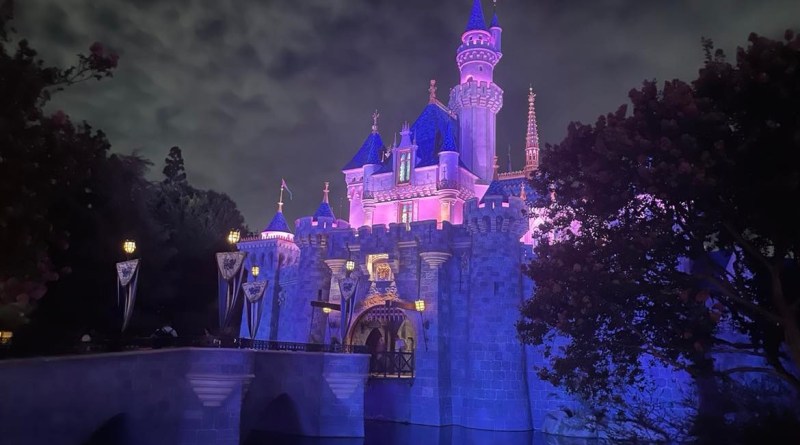 So you live in Florida, or you are moving to Florida and love being a Disney World local. You love spending free time strolling through the parks, you love picking up great last-minute dining reservations. Maybe you’re like us and even enjoy the occasional staycation on the property. There are many out there like us. However, I was surprised recently how many of my Disney World-loving friends have never been to the OG out on the west coast. Especially for the friends who love Disney so much, they moved their entire lives to Orlando as we did. If you haven’t had a chance to visit Disneyland, you should start planning!

Here are some reasons why if love Disney enough to move to Florida, you definitely should consider a trip out west to visit The Disneyland Resort:

Disneyland is the park that Walt actually opened and even lived in at some point. Whereas he never saw Disney World, you can actually walk in Walt’s footsteps down Main Street USA in Disneyland. You can see the firehouse where Walt actually had an apartment to live in during the construction and later to entertain guests during park visits. In the window of the firehouse, you can still see the lamp in his apartment that stays lit.

Disneyland feels so similar to Disney World, yet so different. It’s smaller, everything is walkable, and it just feels so much more intimate. In Disneyland, you’re much more likely to see characters just roaming around saying hi and skipping around with park guests without giant lines of people.

There are s many rides that Disneyland has that Disney World doesn’t that I love so much. The Matterhorn, Guardians of the Galaxy Mission Breakout, Incredicoaster, and Radiator Springs Racers are some of my favorites. There are also Disneyland versions of rides that are in Disney World, but in many cases, the Disneyland version is superior. For example, on Space Mountain, you can ride by side, Big Thunder has an extra special scene, and Pirates of the Caribbean has two drops. In addition to this, Disneyland does some of the most impressive ride overlays for holidays and other special occasions such as Haunted Mansion Holiday where Nightmare Before Christmas takes over this ride favorite, Small World Holiday with an impressive Christmas theme, and HyperSpace Mountain where Star Wars meets Space Mountain.

Disney theming can be amazing, especially when it comes to special lands within the parks such as Galaxy’s Edge. While Disneyland and Disney World both share the enjoyment of Galaxy’s Edge, there are some special lands in Disneyland you won’t find out east. In Avenger’s Campus, you’ll step into the world of Marvel like never before. We were so blown away by the entertainment in this land. During our two days in Californian Adventure, we saw every character we could possibly think of from the Marvel Cinematic Universe just walking around or entertaining guests. Our favorite, however, is Cars Land. You will really feel like you are part of Radiator Springs straight out of the move. Cars Land is one of the best-themed lands Disney has to offer and it is amazing at night as the lights come on.

Disneyland is a locals’ park, so the entertainment is always changing and it’s jam-packed throughout the day and night. They do bring back popular shows for short runs so it’s easy to catch some of these amazing entertainment offerings. While we were just there in August, in one night Disneyland Park had two runs of the Main Street Electrical Parade, two showings of Fantasmic, and Disneyland Forever Fireworks. In Disney’s California Adventure, you could also catch one of two showings of World of Color. That’s size entertainment opportunities in one night between two parks. In addition, there are bands and other shows throughout the day and a ton of character interactions.

Disneyland has some great food. Their quick service and snack offerings are particularly good. We especially love the hand-dipped corn dogs from the Red Wagon on Main Street, the freshly made sourdough bread offerings from Pacific Wharf in DCA, and just about everything else we ate. There is a peach tea slushy at Hungry Bear in DCA that I also loved. There are so many great snacks and quick service foods as well as some good table service locations to try.

The great thing about being a Florida local is the freed-up time you have to visit other great Disney-based locations like Disneyland. Since we no longer have to travel to see Disney World, we get to head out west a lot more. If you’re interested in other Disney travel check out our other ideas for alternative Disney travel.

If you are interested in getting started on your Florida home purchase and taking advantage of more freedom to travel outside Disney World, our Moving to Orlando REALTORS are here to help you navigate the market. Take a moment to fill out our contact form, and someone will be in contact with you!