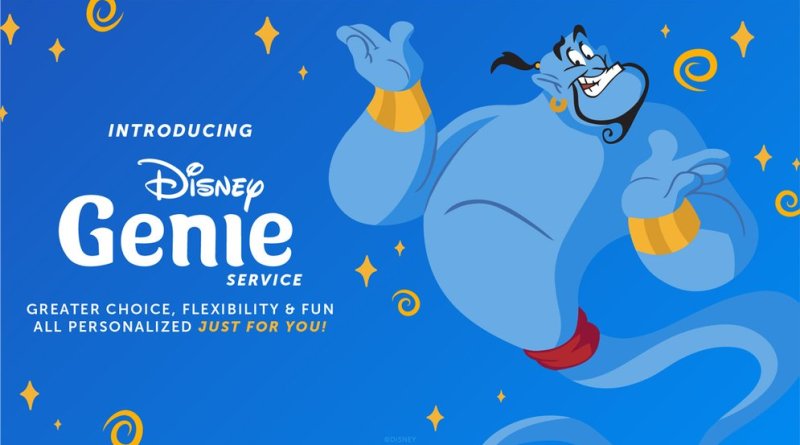 Last week was a big week for Disney news. One hot topic from last week was the announcement of Disney Genie. In case you missed the big announcement, you can catch up here. The biggest takeaway from the news was the inevitable end of Fastpass+ and free access to the Fastpass queue. Disney Genie+ will now take its place for most attractions. Also, Individual Attraction Selections (IAS) will take the place of Fastpass+ for the more popular rides. What does this all mean?

Basically, for $15 per person per day, you can add Genie+. Using Genie+ will allow you to select arrival times to use what is now going to be referred to as the Lightning Lane. Disney has called Genie+ the next evolution of Maxpass so the concept is similar to what Disneyland had for the last three years. Some attractions, however, like Seven Dwarves Mine Train and Rise of the Resistance will not be part of Genie+ selections. Instead, these highly sought-after rides will be available for individual purchase through what Disney is calling Individual Attraction Selection. Apparently that is the best name they could come up with. Unfortunately, there are still a lot of questions left to be answered about Disney’s new Fastpass+ replacement.

So what does all this mean for Disney World Annual Passholders? We know that regular ticket holders will be able to add Genie+ at $15 per day. In the past, Disneyland Passholders could add Maxpass to their entire annual pass for one rate. However, we have already been told that there will not be a way to add Genie+ to your current annual pass. You’re probably as disappointed in that news as I was. I know many local annual pass holders who visit regularly and go for fewer hours than out-of-town guests. Adding Genie+ as a daily rate is probably not something you’ll do very often.

However, there is still hope. At the conference on August 18th, Disney said, at launch, Annual Passholders at Disney World and Magic Key Holders at Disneyland will be able to add Disney Genie+ to their plans on the day of their visit. Maybe I’m just dreaming, but I do think the words at launch are telling. Maybe Annual Passholders can’t add Genie+ to their entire annual pass for a single price yet because it’s too soon.

There are valid possible reasons for this. First, Disney probably wants to get a gauge on how many people buy Genie+. They may also want to know how it affects wait times. Just as before, standby queues for most attractions will still be open and free. Second, Disney has yet to begin selling new Disney World Annual Passes. Maybe when they launch (hopefully this week), we may see Genie+ as an add-on. Or maybe it can be included in the highest tier passes. Universal includes Express Pass after 4 pm in its highest tier passes. I know that would probably be incentive for me to spring for the more expensive pass.

Something else to note with Genie+ is that guests staying on property will be able to make their first Lightning Lane selections beginning at 7 AM. Everyone else will have to wait until they are in the park. For locals driving from home, you are probably used to having to make your Fastpass selections 30 days after resort guests so a delayed start is nothing new for passholders.

One thing is for certain, there are lots of locals out there waiting for their chance to just purchase a Disney World Annual Pass. Hopefully, once new passes are announced, Disney will begin to reevaluate how it offers Genie+ to some of its most loyal fans, Annual Passholders.

With the excitement of Annual Passes returning, if you are interested in getting started on your Florida home purchase, our Moving to Orlando REALTORS are here to help you navigate the market. Take a moment to fill out our contact form, and someone will be in contact with you!

One thought on “What Does Disney Genie+ Mean for Disney World Annual Passholders?”